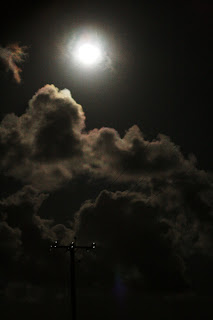 I went out last night. Yes thanks, it was ok. But I did end up in the middle of nowhere, walking between two isolated North Devon hamlets in the wee hours. Admittedly I was buzzing a bit from the boozing, but it was still a great time to be alive. The night was clean, clear and cool. Without a torch, street lights or night vision capabilities I had to walk along the white lines in the middle of the road to keep myself from stumbling into hedges or disappearing into ditches. It’s really dark out there. Surprisingly, it isn’t totally black. Far from it. As my eyes got used to the light conditions, I saw more stars than I think have ever seen before. I was astonished. The night sky is an amazing place. I don’t know if the closing of our airspace had anything to do with it, whether I just don’t look up enough or if I was feeling a little wide eyed and wonderful, but there was so much to see. I was mesmerised. I saw my own star sign, Scorpio, perhaps for the first time. I could see the bear, the plough and a few of the other well known constellations. Beyond that though, I was lost. If only I knew more.
It would be amazing to be able to look up at the sky and read it like a book. It’d be brilliant to know that you only have to raise your eyes to the heavens to read stories or work out where you are. I think it’d be pretty humbling too: to be faced by the vastness of the universe every night. Just like they did before they had telly or the internet. You’d feel tiny wouldn’t you? It’d make a nice change from feeling like your dream could come true if only Simon Cowell could see you dance.
So why not? Next time you’re camper vanning and find yourself in the middle of nowhere with half a bottle of wine inside you, lie on your back and stare up at the night sky. Turn your back on planes, light pollution, torches, telly, cars, sat nav and the internet for a while and be inspired by something wonderful.
Someday, when they switch off the electricity, the planes can’t fly anymore and books and maps are banned, you might even be able to find your way home. And you don’t even need a subscription to see it.