It's murder on the camp site. Camping injuries and accidents. 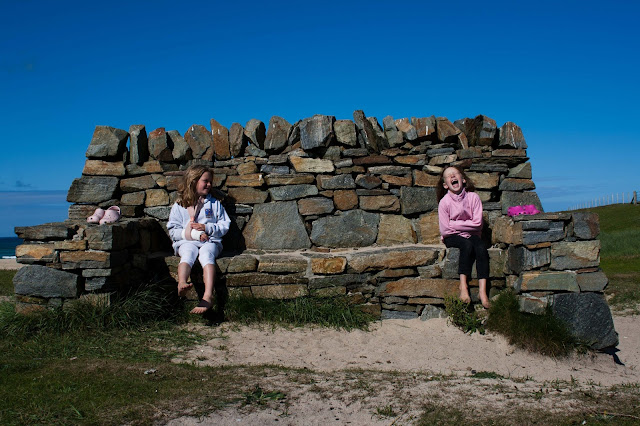 I don’t think of myself as accident prone. I really don’t. So why then do things keep happening to me? I keep injuring myself. This last weekend I damaged myself on the nose whilst on a camping trip to check out a brand new site at TheMeadows Pentewan in Cornwall.

I was chopping wood to put on the fire. Admittedly it was late and I had enjoyed some cider earlier in the evening so perhaps it was the fault of the alcohol or even my fault for thinking that I was capable of chopping wood late at night. Anyway, the piece of wood I was chopping bounced into the air and hit me square on the nose very hard. It hurt. My teeth felt like they were about to fall out and my septum felt as if it had been crushed by an elephant, but at least the bridge of my larger-than-average hooter (noses run in our family) felt intact. No break, just a loss of dignity and some big LOLs from my twitter followers.

It got me thinking. Why is it that I am constantly coming home from camping trips, surf trips and adventures with cuts, bruises, scrapes, knocks and worrying pains? I am not a five year old boy. I am a fully grown man. I am also someone who likes to do things and be damned. Chop first, ask questions later. I don’t think it’s such a bad thing. If I had bothered to write a risk assessment for chopping wood at eleven at night in a dark field having had a few ciders with a very sharp machete and an imperfect surface to chop upon I surely would have gone without my crackling fire. The evening would have been poorer without it.

Sometimes you just have to take a risk. That, to me, is camping. It’s not always safe, this going out business. And that’s why it’s brilliant. Because it makes us challenge ourselves. It makes us get out from under the cotton wool duvet, away from the comforts of home and into the ‘wild’, even if it’s nothing more than a campsite with all mod cons. The wild, however tame, as we all know, can still be a dangerous place. Especially when there are drunken axe wielding maniacs on the camp site.

Head banging in a camper van:

During the making of One Man and His Campervan I banged my head just above my left eye on a cupboard and ended up in hospital to be patched up. My excuse for this was that I got up in the night to go to the loo and, on closing the slider, twatted my head on the corner of a cupboard that I didn’t have in my other van (the van was new and I was just getting used to its layout). No alcohol was consumed. Also, I cannot tell you how many times Joanne has banged her head on the top locker in the van. Happily, no serious injury occurred on any of those occasions. And don't tell me you've never done it.

During our tour of France and Spain last summer I caught myself in the face with a fish hook whilst showing my daughter how to cast. The line had snagged and it popped back at me and embedded its barb just below my left ear. It had to be removed in hospital and I had to beg a Spanish fisherman to take me there. To his credit he waited for me and took me back to the camp site. Luckily I had my EHIC card, which got me free treatment. It was the only thing I caught that trip.

No. It isn’t what you might think. I developed an anaphylactic reaction to strong anti inflammatory drugs I had been prescribed for a bad back. This was genuinely frightening and my lips and tongue swelled up. I took anti-histamine drugs but still ended up with a catheter in my arm in A&E. However, it’s not without its benefits: walking in to A&E saying ‘I have taken some drugs and my tongue is swelling up’ is still the fastest way of getting seen I know of. (Other than having a suspected heart attack of course).

I have forgotten the number of times camping trips with my family have been ruined by bites from insects. One of my earliest memories of camping is of my mum going to A&E in Devon with a lump on her arm the size of a tennis ball. She had been bitten by a horse fly. I’m not immune to the odd bite but I’m not going to make a song and dance about it like my dear old mum did. I think she would have preferred to stay in a hotel.

In Spain this year I got stung by a weever in the water whilst surfing. It hurt but it was nothing weeing on it wouldn’t cure. Mind you, it’s harder than you might think to pee on the bottom of your own foot. Also, on a trip to shoot some food for The Camper Van Cookbook my kids got stung by some furry caterpillars they were befriending. They cried a lot - but they also learned that not all fluffy things are as cute as they look.

For once, the top prize for camping holiday incidents belongs not to me but to my lovely daughter Maggie, who fell off a climbing frame and broke her arm within an hour of arriving at Eoropie on the isle of Lewis in 2011. Thats' her above, still laughing. It had taken us a week to get there. All I can say is that the A&E department in Stornoway is lovely.

On another note, I broke my ankle skateboarding when I was in my 20s. The doctor who treated me said he had seen an eight year old in earlier that day with exactly the same injury. Jo also claimed she broke her arse when she fell over on her new roller skates (that I bought her for her 40th) about 10 yards after putting them on. They remain otherwise unworn. Ever happened to you? No? Are you kidding me? EVERYONE has hurt their arse on rollerskates!

Statistically speaking surfing is a safe sport, compared to say, rugby or football. But somehow I keep getting unstuck. I have broken my nose, had X-rays for suspected broken ribs, dislocated and broken my big toe, damaged the cartilage in my knee and cut my head open. I’ve also had countless cuts and scratches from hitting rocks and boards. But it still doesn’t put me off.

Most recently I had an extended 9 day stay in hospital waiting for an angiogram after losing my board surfing and having a long and difficult swim to shore. When I got home I had bad chest pains. As it turns out it wasn’t a heart attack, as first suspected, but more likely a virus, possibly picked up from the sea. Again, it won’t put me off surfing.

That’s the point. You can’t let these things stop you. I’m not saying that we should be reckless and do stuff like tomb stoning into shallow water off massive rocks or surfing in conditions that are way beyond our ability, but accidents do happen when you do stuff. However, if you stay at home you'll be missing out on all those brilliant experiences that camping - and life - can bring.

Sometimes you have to take it on the chin. Or the nose.

And I know I’m not alone. Come on! Confess your camping injuries.