The Arctic Adventure: Day 6 and 7 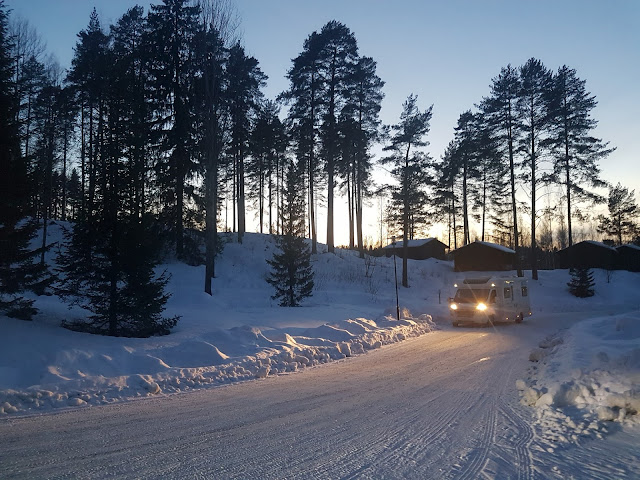 The city campsite in Helsinki was surprisingly busy, considering there were a couple of inches of snow on the ground. Most were motorhomes, perhaps city workers, and a couple of families. We pitched up after 11 and then left early, but not before I had cooked up a full breakfast for all our team. Who said you can't feed 10 out of a van?! So we were in Finland at last! We still had a long way to go. A relatively late start (10 am) saw us weave our way out of the city and out onto the highways. Temperatures were around minus 2 degrees so there was a lot of sow and ice, but relatively little on the road surfaces. Until we got further north, that is. We drove another long day, arriving at a beautiful lakeside campsite late in the evening. Along the way we stopped to take pictures of the convoy by the side of a frozen lake. I walked out onto the ice to get a good view of the landscape. The causeway across the lake was a good place for the film crew to grab some aerial shots so we drove over it in convoy. The results are stunning. 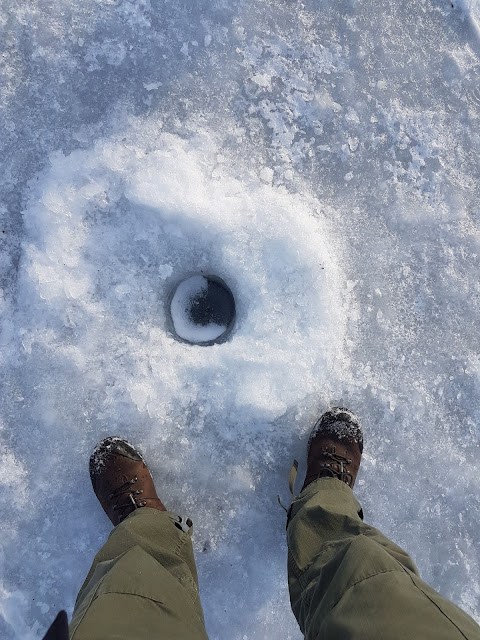 That evening I cooked again. This time a rice dish for 10 hungry campers. I actually really enjoyed it as it gave me some head space outside of driving. Cooking can be a calming experience sometimes. 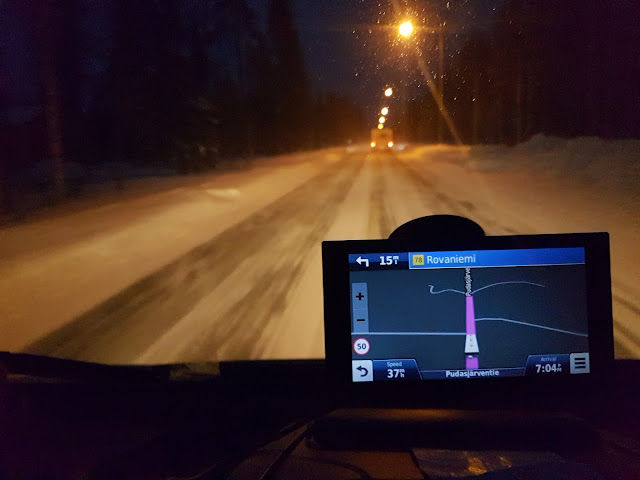 The following day saw the worst driving yet, especially in the evening after another long stint on the road. The wind blew flurries of snow across the road and the caravan in front of us (we took the spot at the rear of the convoy) blew up vast could of white. Visibility was terrible at times. When trucks came past it was virtually a whiteout. All you could do was hold on and keep the thing in a straight line. I was very glad to be in Bernie's company as he is a very experienced driver and kept me calm. he also did a lot of the driving as I wad doing the cooking. A fair trade I thought. 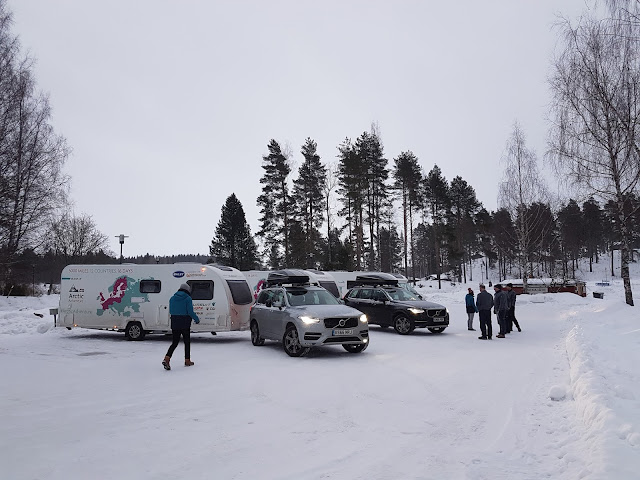