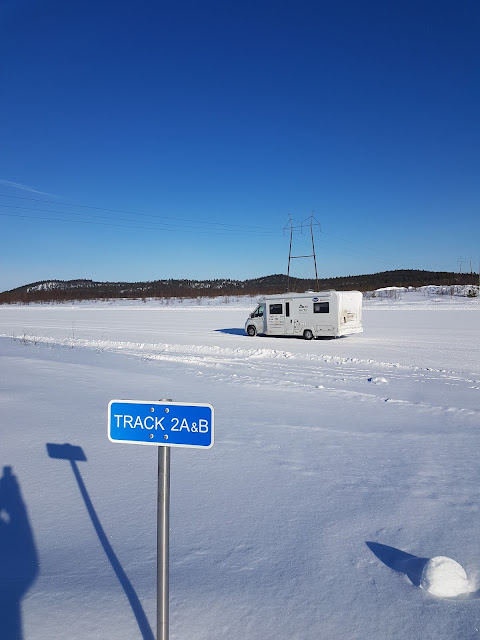 After our visit to Santa we schlepped through the snow and ice to Ivalo, our final destination in Lapland. Ivalo is home to Milbrook’s Arctic Testing Station, a place where winter tyres are tested to their limits in serious conditions. It was much the same with us. On arrival we met up with the team from The Caravan and Motorhome Club, the PR company and a couple of journalists. For us, the core team of drivers and crew, it was a chance to drink some pop, eat some good food and let rip. So it was all back to the motorhome after dinner to raid the drinks cabinet, play some tunes and party into the arctic night. It wasn’t pretty.
We were a bit late getting to Milbrook the next day. And a bit cold. One of our Volvos lost all power so we had to drive there with no heating, windscreen blower or lights, which made for a very uncomfortable few miles from the campsite to the testing station. The temperature was minus 8 degrees.
Once at Milbrook we were invited into a gorgeous round, wooden Lappish Hut for a briefing. Then the team’s drivers headed out to do some braking testing with the caravans and cars. As it turned out the results were better for the cars with caravans when the brakes worked than for the cars themselves. Who’d have thought? After lunch the team got to play about in the snow on the test track, which was exciting… it’s not often you get the chance to play about like Top Gear in the Arctic! 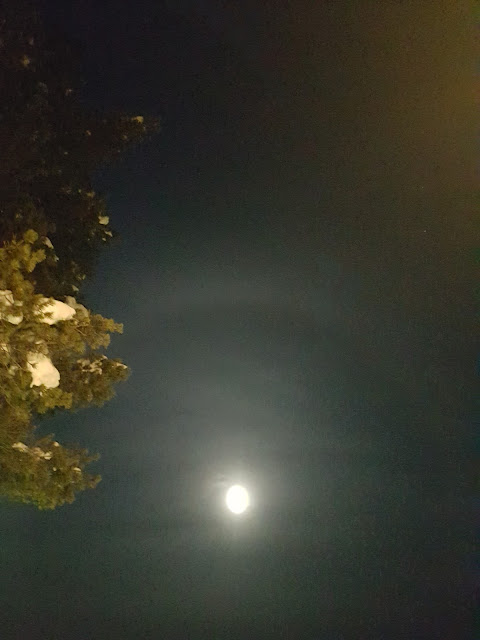 That evening we ate a magnificent Lappish meal in another Lappish hut. It consisted of reindeer, mushrooms, salmon and salads… there was something really earthy and of the forest about it and everyone loved it. That night we also saw a lunar ring, a phenomenon where by the light of the moon passing through ice crystals in the air creates a halo effect. 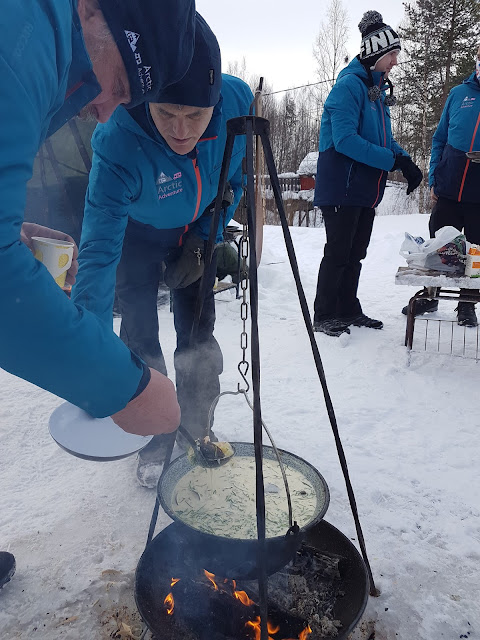 Saturday was adventure day for most of the team, and for me too. While the crew went out on a skidoo safari I went shopping for ingredients to cook a seafood chowder over a fire for lunch. It was a big challenge for me as I haven’t cooked for that many people (18) and in that kind of extremes before. The team pulled together to help me get the fire lit, prepare salads and get it all ready, so by the time lunch time came around we had chilli pasta, a seafood chowder cooked in my Kotlich over a fire and a whole range of salads ready to go. Using the Kotlich pan is a bit of a showpiece but everyone seemed to love it – and the chowder tasted great! 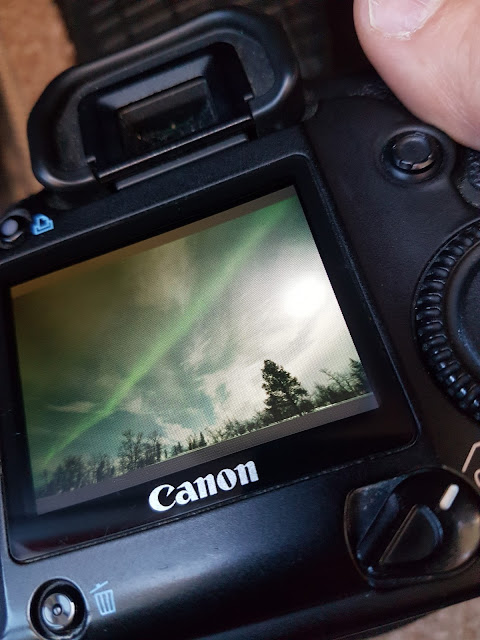 That evening we ate at a hotel and then took to the wild to chase down the northern lights. While we shivered in a layby at the side of the main road (it was minus something ridiculous) that consitiuted the wilds we caught glimpses of the ‘merry dancers’ between the clouds. At first we could only capture them on camera but after a while we caught a long streak of green as it flickered across the sky. It wasn’t the best aurora that has ever been seen but it was ours to treasure.
A great moment and an ambition fulfilled.