Showing posts from July, 2010
Show All

Less is more. More or less. 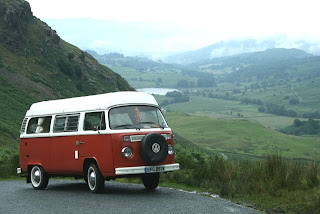 I just got back from my 5 week tour of the UK in my camper van for BBC2. I went to some great places and saw some brill stuff. I took the van to a few hellish roads, tasted the UK's finest ingredients and stayed in some amazing places. I met a lot of very good people too. I'd like to be able to tell you more but that would be giving it away. And what a final epsiode it ended up being! You'll have to watch it to find out what happened at the end of the 2500 mile tour. Let's just say that nothing, and I mean nothing, should keep a camper van man from his home made beef burger with camper van chutney. You know the rules. Anyway, the last 5 weeks or so have been spent living with one pair of shorts (for hot days), one pair of jeans (for cold days), one pair of flip flops (for hot days whilst not driving), one pair of walking boots (for hiking up big hills), sneakers (cold days and driving), a few tees (alternate days) and my trusty biker's Barbour jacket (are you lis
Post a Comment
Read more 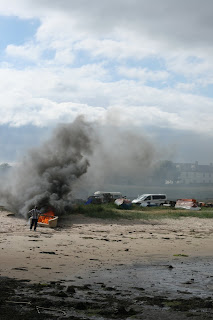 Today I am taking a break at home after two weeks of filming for The Camper Van Cook, my BBC2 TV series. I've been all over the place: Devon, Hampshire, Norfolk, Yorshire and Northumberland. It's been pretty good. I've eaten some wonderful food including lobster, crab and samphire, Britain's best cheese, wild mushrooms, chickweed and an exotic bird. And I've seen some beautiful places. The Dales, with its 'rustic' campsite rates among the best I have ever stayed at. Not because of the facilitites but because of the view. Simply amazing. I have met some wonderful people too. The forager taught me more in a day of foraging than I could ever have learned on my own in a year. Andy the fisherman showed me the best way to cook a crab. He was right too. I met the folks at Wiveton Hall. Crazy English through and through. I ate Yorshire Chorizo. Really? Damn right. And I met Richard and Sean, the lobster fishermen, who let me 'help' them as they hauled in a
Post a Comment
Read more
More posts