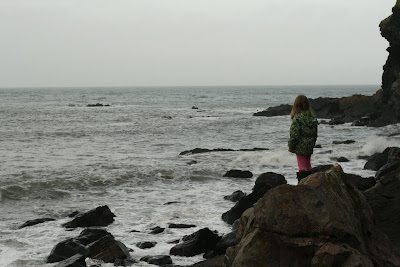 I have good news for you, especially if you are among those who took pictures of Nivea bottles on the beach recently and sent them to Nivea. I had an email from Nivea this morning stating that they would be making 'a lump sum donation to the Marine Conservation Society' as well as continuing to monitor how their bottles are washing ashore. It was agreed that the job of picking up each and every one of their bottles from the shores of the UK would be impossible, which is why they have agreed to the donation (on my suggestion). This is a good outcome and whilst it doesn't actually remove the bottles from the shore, it will help to fund work that The Marine Conservation Society does to keep our beaches clean. In case you didn't know, the MCS monitor the amount of litter on our beaches as well as clear it up. They use the data about the rubbish they pick up to fight for legislation to safeguard the future cleanliness of our beaches. So this donation - however big or small it will be - will go some way to help keep our beaches clean. In addition to this, Nivea have also said that they will take direct action if the situation demands it. We hope it doesn't.
I also hope that this will serve as an example to other companies that they MUST act to reduce their impact on the marine environment, espcially when it comes to cleaning up spills from container ships, rather than simply rely on their insurance companies to cover their losses. If their name is on the product then they must do all they can to make sure it never gets to where it will cause harm.
It is also important that you know that what you do makes a difference. Your camera phone and 3G connection is vital in all of this because, without it, companies like Nivea simply sit in their landlocked offices oblivious to the mess that's washing up. But the evidence - pictures from Jersey, Westward Ho! Constantine, Bude and beyond - is irrefutable. It adds weight to the message that "your stuff is out there and we think you should help us clean it up."
Nivea have said they will. Now it's time to make sure everyone else does too.
So thank you for helping to keep our beaches the way we want them.