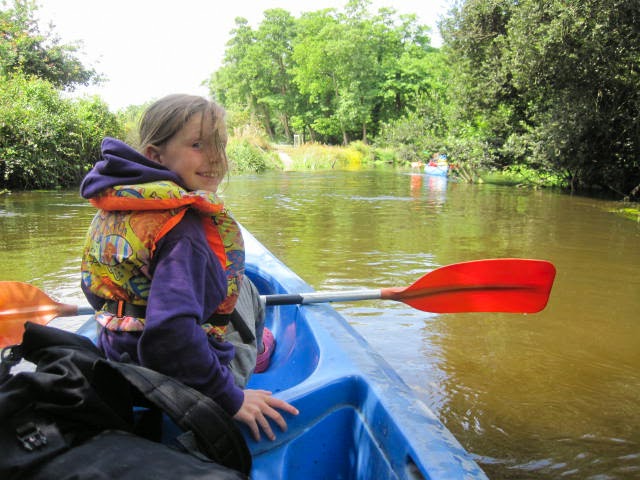 Hoping that they might get the hang of it I waited to intervene but eventually, when the tears began to fall, I hooked them up to my kayak and towed them the rest of the way. The only problem with this was that they whipped from side to side behind me like an angry tail (which they were) as I struggled to get the flotilla around each bend. So they hit the overhanging trees anyway. It was a no win situation, either for me or Jo: she blamed me for the river, the kayaks, the trees and the bad time she was having whilst I had to paddle the whole family the best part of 4 miles down the river. By the time the river widened and became calmer and easier to navigate it was too late. We might have seen terrapins sunning themselves, storks fishing and shoals of huge fish darting about in the brackish water but it made no difference. Even the sight of swarms of beautiful neon blue dragonflies couldn’t save the day. We sulked back to base and no one spoke much at dinner that evening."