Don't forget your tent pegs. And other camping stupidity. 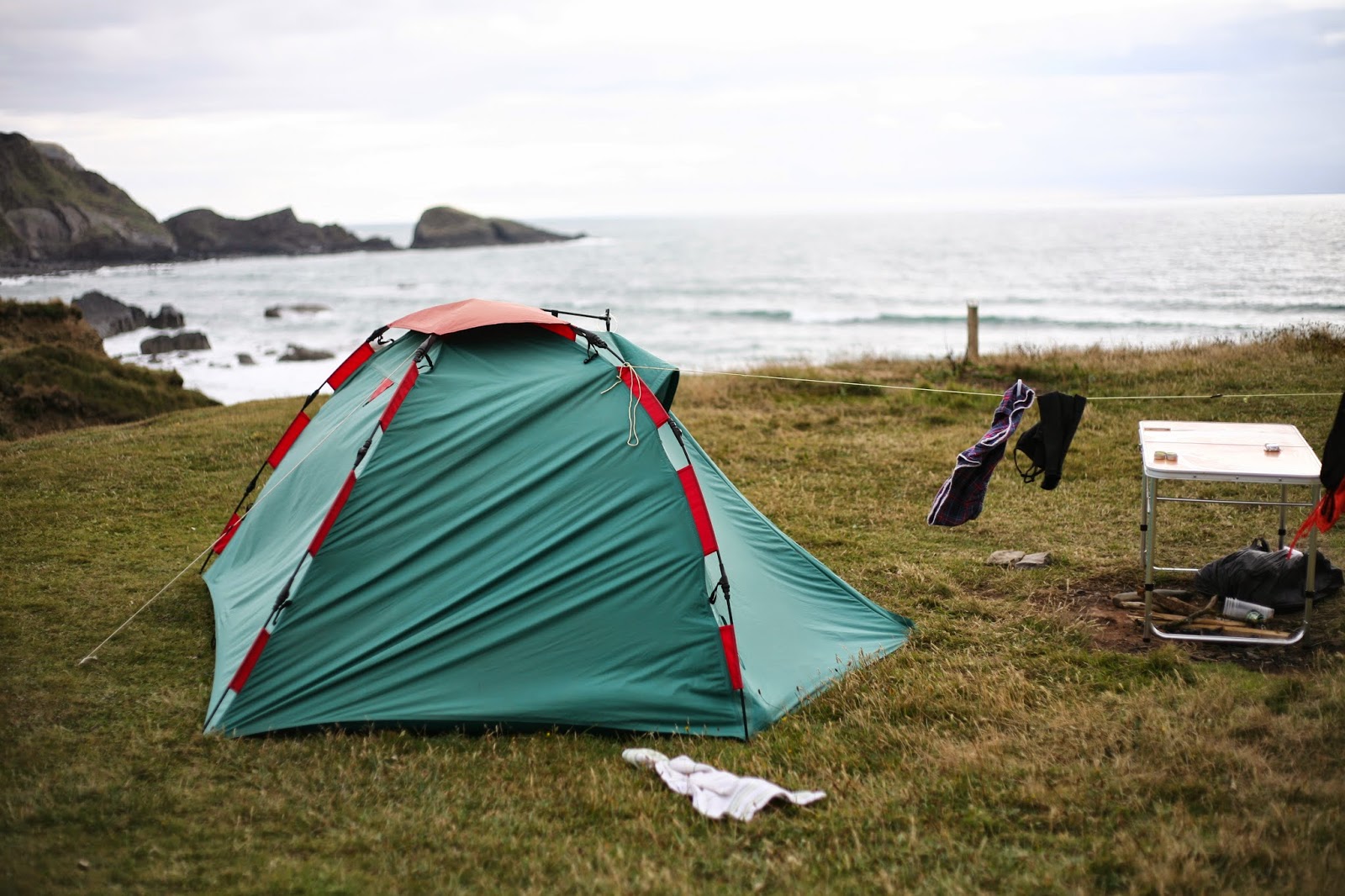 My first solo camping trip was a disaster. And it was all down to terrible preparation.

Actually I wasn’t solo. I was with my school friend Oliver Wilson, a funny, ginger haired kid with a round face and a great line in one liners. He made me laugh constantly. We were sixteen, had just finished our ‘O’ levels and wanted an adventure. So we decided to go camping. For both of us it was our first camping trip without our parents and we hoped to spend the week getting into all sorts of trouble and laughing a lot. We did both.

However, Oliver told me later, when we had got home and could put a little distance between us and the trip, that when we arrived at the campsite he didn’t feel like laughing very much at all. He had wanted to punch my lights out. The reason? His idea of a perfect campsite was wildly different to mine.

I had chosen the location, Thurlestone, in South Devon, because I had been there many times with my parents. I had enjoyed lots of happy summer holidays there and had given it a big build up. Perhaps I had over-egged it. Somehow it had failed to match Oliver’s expectations. But, as I promised, they did serve underage drinkers. That was all he needed to agree, more fool him.

Oliver you see, had been hoping for girls, one armed bandits, Ferris wheels and all night parties, but instead found himself in a picture perfect but very sleepy Devon village populated by well to do families having a very nice summer holiday thank you. Certainly it was no party destination, but it was all I knew, so for me it was a seaside heaven. That's what comes of having parents with 'aspirations'.

Despite holding little interest for Oliver’s raging hormones - other than an unapproachable beauty in the tent next door - Thurlestone is a lovely place. It has a stunning sand and shingle beach with a huge rock arch in the sea at its eastern end. The strand line was strewn with seaweed so that when you walked on its crisp, sun-dried surface you’d feel its soft underside give way a little beneath your flip flops. It smelled of salt, sea and decomposition. A heady brew.

The site we stayed at was one of those old fashioned sites with no facilities other than a ramshackle shower block and acres of sloping, cow-pat strewn grass. The farmer was scary and brusque and, as all farmers from all stories about campsites during the 1980s did, kept his trousers up with bailer twine. We couldn’t understand a word he said either, which didn't make for much conversation. The nearest shop was over a mile away and the nearest potential love interest was, as I have already said, way out of our league. Way, way out of our league.

It was all a bit Carry On, to be honest, but without the Babs.

Nevertheless, despite its remoteness, there were joys to be had from this sleepy idyll. At dusk, on our walk back from the pub, glow worms glimmered in the hedgerows and bats fluttered above our heads in the fresh, salty air. In those brief moments, fueled by illegally served beer, it was easy to forget that we were having a very miserable time indeed. The feeling would last just long enough to see us back to our very old and very small tent that leaked in rivers if you touched the sides when it rained.

That first camping trip taught me many things but, above all, that preparation is everything. Even now, in the heavily moderated mists of time, I am able to wince with embarrassment at just how badly prepared we were. And what a screw up we made of it.

We were on foot so had to carry everything with us. From the outside we looked like seasoned campers. Alright we didn’t. But we did have tin cups hanging from our rucksacks that clanked as we walked. What else would you need to prove your worth? Some tent pegs would have been handy, actually.

That’s right. We had no tent pegs, which meant we had to peg out the tent with our cutlery. This was the sort that clips together so it was a bit flimsy for the job, but it was all we had. On one level it showed resourcefulness in a desperate situation but, on the other hand, it was a definite sign of serious camping stupidity because we had to take the tent down every time we wanted to eat, which was often because we were always hungry.

Sadly the meals we ‘prepared’ weren’t anything like the stuff I like to cook today. Our diet consisted mostly of cold baked beans straight from the tin. Or baked beans with sausages in. I’m not sure why we feasted on such miserable camping fayre as I could at least heat up a tin of beans or whip up a passable spag bol by that time. I can only assume that, in my wisdom, I had forgotten to pack the cooker or the gas or the pans. On the plus side it does mean that I had remembered to pack the tin opener. Oh, hang on. We had to borrow that from the parents of the out-of-our-league-girl-next-door.

Eventually the family took pity on us and cooked for us, while their smirking, aloof daughter looked at us in a way that said ‘no chance, not ever, and especially now, you incapable idiots’.

As if that shame wasn’t enough, we disgraced ourselves further in front of her and them on our last night. We took ourselves off to the local pub for a few pints but only proved that we couldn’t handle it at all. Oliver threw it all up in the local bus shelter while I took up an invitation to play ‘a few numbers’ from a singer songwriter who was knocking out a few happy tunes in the bar. It makes me cringe to think of it right now all these years later. The song I chose to murder, an offensive, anti-establishment ditty, was one written by a friend of mine. It was a massively inappropriate choice for a twee country pub filled with well to do stockbrokers, golfers and holidaying families but I went ahead and did it anyway. I won’t furnish you with the full details of the lyrics, however it started with “we are the generation that will save your rotten lives…” and went downhill from there. The silence, when I had finished, was, as they say, deafening.

That night I slept in a hedge. Alone, of course.