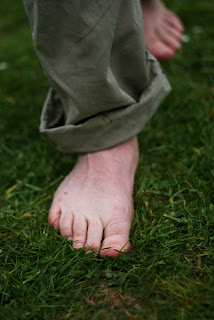 Friday was supposed to be all about the future but somehow it ended up being all about the past. I was in London for a few Camper Van Cookbook meetings. I had the chance for a cup of tea and catch up with my editor, Elizabeth. A lovely day, discussing all kinds of things, most of which has yet to come.

Once all the businessy bits (if that's what you could call anything to do with The Camper van Cookbook) were over I schlepped off to Shepherd’s Bush to see a band whose music I haven’t listened to for a very long time. They split some time ago and, until this reunion tour, hadn’t played live in seven years. Having never seen them live I couldn’t believe my luck in nabbing two 'golden' tickets for the sell out gig.

There is something about Reef’s music that makes you want to kick off your shoes, grow your hair and disappear off for the summer. It’s got swagger and soul in equal measures. But it’s not about sticking your fingers up at the world. It’s not angry. The swagger comes from good times. It’s music that can make your day. There was a time - when I was working away on a long and difficult project - that I listened to Reef every morning. It woke me up and got me through. I have a lot to thank Reef for.

My relationship with Reef has always been good. So when they came out on stage yesterday I was transported back to the times when it rarely came off the stereo. Back to surf trips, barbecues, beach fires and home made camper conversions. Being barefoot all summer. You know the feeling?

I was taken back to Speke’s on sunny summer days, sitting in the channel at Marsland hooting another late drop, surfing the morning glass, camping out at Duckies under the stars, smacking the lip of a clean four foot wave, drinking in Welcombe, driving to the coast, travelling, making a legend out of breakfast.

It was always worth putting in the hours for. And things haven’t changed that much really, have they? Every moment I spend in my camper van these days is worth the effort too. OK, so some of us have got a little bigger and slower and have less hair than we used to. Perhaps a bit more responsibility too. But most of my friends can still pass off a decent cutback and still get to take their shoes off every so often. Do you? If you don't then you should ask yourself why. You could do worse than stick Reef on the stereo, fire up the van and cancel that appointment at the barber.

AUDIENCE: 10/10 for the dads who think they can still rock.