The Arctic Adventure: Day 8 and 9 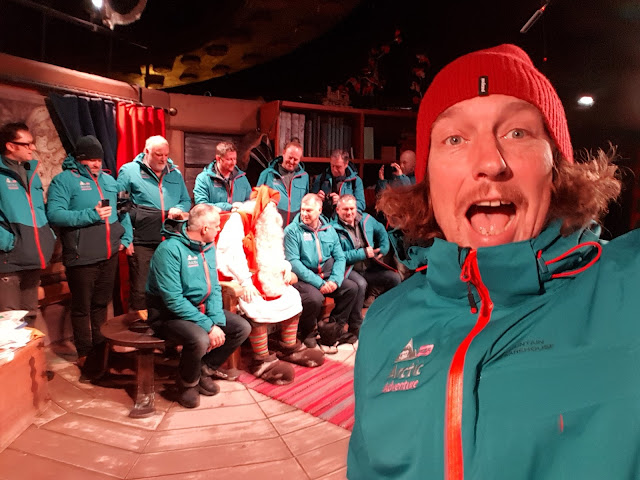 We woke up at Kuopio camping to more deep snow. It had snowed overnight and the skies were still leaden with the weight of more. It wasn’t a heavy day as far as driving was concerned as we had a crew to pick up from Bailey and Truma, the heating people. They arrived at Oulu airport and met us at the airport hotel where we had lunch before heading out to Finland’s longest ice road. It crosses the Baltic sea to an island and is 15 kilometers long. We parked up the vehicles by the ferry port and prepped the vehicles and film crew before the first caravan headed out onto the ice. The ice is apparently 50 centimeters thick and can carry weights up to 3.5 tonnes, which is about the weight of a Volvo plus fully laden caravan. So prepping the vans simply meant lobbing everyone’s luggage out onto the ice. 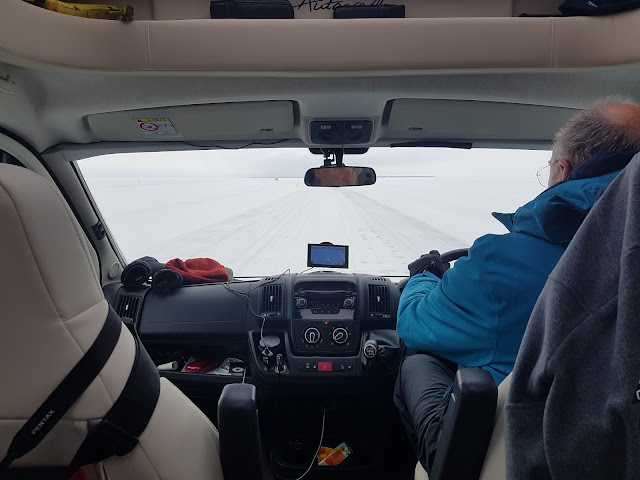 I went over in the motorhome with Bernie for the journey out and then back with Niall, from Practical Caravan Magazine. It was one of those experiences that sounds more exciting than it probably was, simply because of the fact that you are driving on ice. The driving itself was straightforward: don’t go too fast, don’t stop and don’t be too heavy. Ice being ice there were a few cracks, some with water bubbling through them, but we didn’t stop to find out if it was dangerous.
The locals seemed pretty blasé about it and we were overtaken once, which seemed to be pretty stupid. But hey, if they can overtake on blind bends and summits, why should an ice road be any different?
That evening, after trekking on to Ranua Zoo camping, the closest all year camp site to the Arctic Circle, we pitched up in the dark to the sound of howling wolves from the zoo. That was a bit weird. There were a couple of other motorhomes staying on the site, which is always nice to see. We aren’t the only ones daft enough to camp in minus temperatures!
The morning brought more snow and lovely thin light. Perfect for taking our first steps into the Arctic circle, just 50 miles to the north. We set off. I wasn’t sure what to expect but I understood that we were heading to Santa World on the circle itself and had to hurry because we had a private audience with him before they opened for business. To be honest I was expecting a line of white painted stones on a lonely stretch of tundra. Some things just don’t turn out that way though do they? 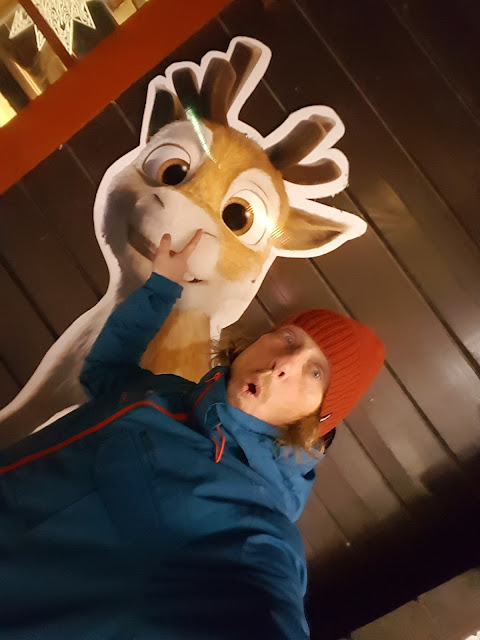 We met Santa alright, just before he went on shift at the Santa World theme park. As theme parks go it wasn’t bad. There were reindeer and skidoos and huskies and lots of pointy hatted elves with bells on. I was frightened. But, of course, when we met Santa (the queuing system was very impressive) he was a very jolly fellow with red cheeks and woollen boots and a lovely Finnish accent. What more could you expect? It was, honestly, one of the most enjoyably bizarre experiences of my life. I felt like a kid and a grumpy old bugger all at the same time, filled with wonder and a touch of cynicism. It really made the trip for me.
We had our picture taken with the big fella and then were ushered out because his shift was about to begin. The punters were getting frisky outside.