The Arctic Adventure: Days 2 and 3 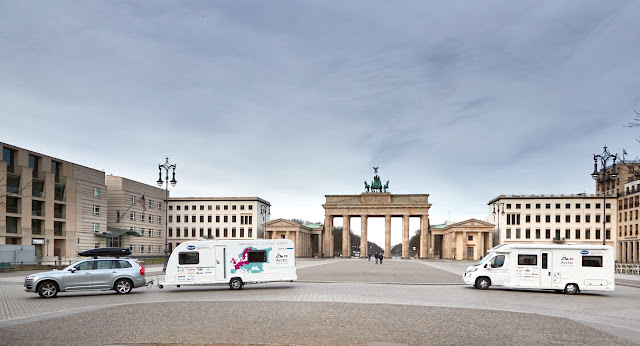 Day 2 saw the convoy or caravans and a motorhome and campervan leave Bruges early for a 500 mile autobahn slog to Berlin. The roads were really busy, which meant traffic was slow and the day was very long. We can only travel as fast as our limits will allow, which meant travelling often at the same speed as lorries, getting stuck behind arctics or hemmed in. I had imagined the autobhans to be free flowing and fast but not so busy. We drove for 12 hours, following the back ends of the caravans as they weaved and wobbled between the trucks. I drove two shifts and Bernie drove two, with stops for tea and sarnies between. Being in the motorhome meant that we had easy and instant access to tea making facilities so the caravan driving teams often 'popped' round for a cuppa at rest stops. The advantages of travelling by motorhome, eh?
We arrived at the campsite in Berlin at around 7pm, set up and then went straight out to eat at a traditional restaurant with two of the team at Truma, the company providing the heating for the caravans. We ate traditional 'baumkoche' a ringed 'treecake' that's made on a spit. 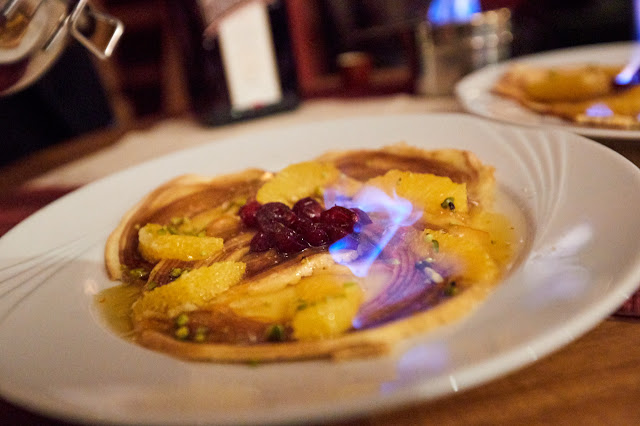 On Day 3 one of the caravan and the motorhome set off at 7am to snatch a few shots at the Brandenburg Gate while the rest of the team stayed at camp to set up a breakfast shoot and prepare for the day's drive to Poland. The day didn't start well for me. I felt awful from the previous day's drive, with a crushing chest and pain across my rib cage. I have had heart infections in the past so this was a worry, verging on panic if I am honest, which is never very helpful. I went off to the local hospital with the campervan to get checked out while the rest of the convoy set off for Poland. An ECG, scan and blood tests later they declared me (in a very nice way) that I was fit and, more than likely, suffering from musculoskeletal pains due to being folded up in the van for so long. Phew, but be warned... don't forget your EHIC card! I had to pay €100 just to be seen as I'd forgotten it.
It's been a hectic few weeks with long days, overnight drives and a busy time judging motorhomes for the Design Awards at the NEC - as well as trying to keep the home life happy - so worry and stress probably didn't help. 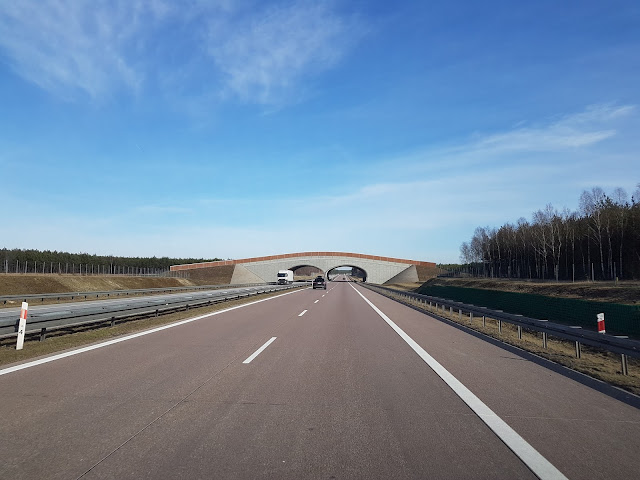 I was, of course, determined not to let this health blip spoil the trip for me or the rest of the team, so caught up with them at Torun, our Polish overnight stop. The Polish roads were a total contrast to Germany. They were clear and fast, with little traffic and good, smooth surfaces. A welcome change form slogging on the autobahn. 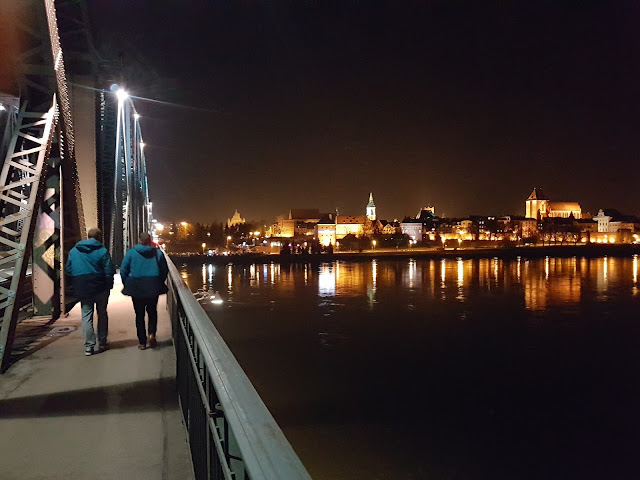 Torun is a medieval city and a UNESCO World Heritage Site and is absolutely stunning with a grid system of silent cobbled streets (no traffic) and stunning architecture reflecting a couple of milennia of development. I would like to have explored more but that will have to wait for another time. We ate traditional Polish 'pastztechiki' (an eastern blcok version of the Cornish pasty - home from home) in a restaurant that was straight out of a shrek-like vision of what yore looks like. The hand dryer in the loo was made from an old milking pail. That gave me  quite a shock. But the pasties were good and the team content with a great meal, a few well deserved beers and half decent wifi after a tough couple of days.