The Arctic Adventure: Day 4 and 5 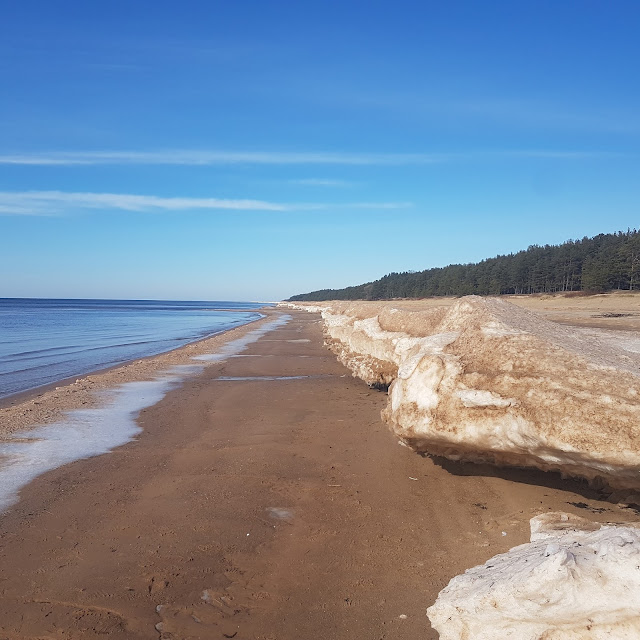 Being in Poland was like being in a film. It felt familiar, and yet not, like you'd seen it somewhere but couldn't place it. We passed wide open fields, forests of pine and birch, brown fields, frozen lakes and tumbledown wooden  shacks and farm houses. We passed through industrial towns with chemical plants, disused railways and blocks of depressing flats. But we also passed picture perfect shacks, beautiful lakes and rows upon rows of well tended allotments, each with tiny homes, sheds or summer houses. A place to call your own when you live cheek by jowl with your neighbour in a Post Soviet block? Perhaps. 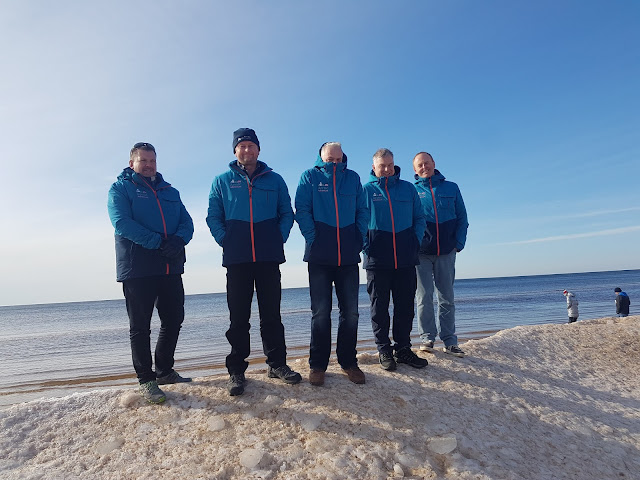 Our route, from Torun to Vilnius, took us across country, which meant it was slow and long. But a stop by a lake for lunch turned out to be a highlight. I cooked pasta for everyone, which we ate in a wooden pavillion over looking the lake. It was a restful place during a hectic driving day.
We arrived in Vilnius after dark and parked up outside a city centre hostel. By the time we got there (and partly due to the time difference between Poland and Lithuania) it was way past tea time so we hit the hay for an early start. So please don't ask me what Vilnius was like. I have no idea. The hostel was nice but the traffic was bad when we set off at 7 on day 5. What we did see was a lot of modern architecture along with soviet era trams and buildings - a real mix of styles. There is wealth here, but also more villages of humble allotments. 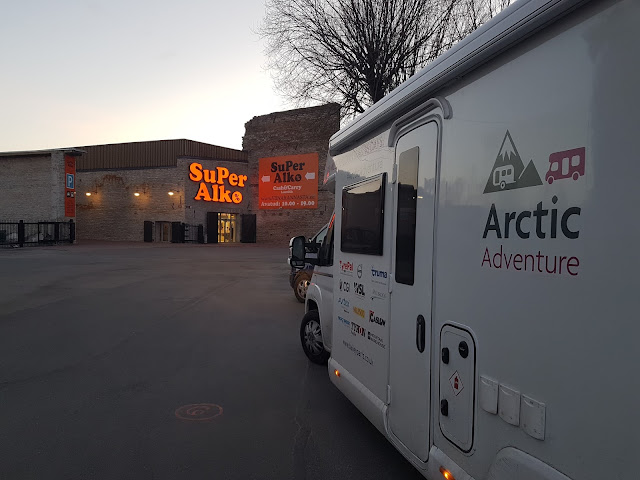 The road to Latvia was easier by a long way. We did a stretch on a motorway then more on good single carriageway roads. Almost as soon as we got into Latvia we hit snow, a fresh dump from last night. The road was icy and windy and we all had a bit of a wake up call. If the road was like this for the next thousand miles we'd be in trouble. Going was slow and nervous, and it looked like more snow was on the way. But, just as suddenly as it had appeared, the blanket of white faded away and the heavy grey sky was replaced by blue.
We made another stop for lunch, this time where the road skirted the coast. I cooked another lunch and then went for a walk on the beach - my first view of the Baltic. There was a wall of ice at the high tide line and the sand was frozen solid. The strangest beach experience I have ever had. But the stop was another chance to take a break from the monotony of fields and forests of pine and birch for miles and miles on end.

So where are we now? We made it to Tallin and on to the ferry to Helsinki (via the cheap alcohol warehouse at the port). With stage one complete we camp in Helsinki tonight and then head further north tomorrow.

The Caravan and Motorhom Club, who are sponsoring the trip, have a comp running at the moment in which you can win a motorhome trip to the USA. Check our www.arcticadventure.co.uk to keep up with our journey and win a trip on Route 66.